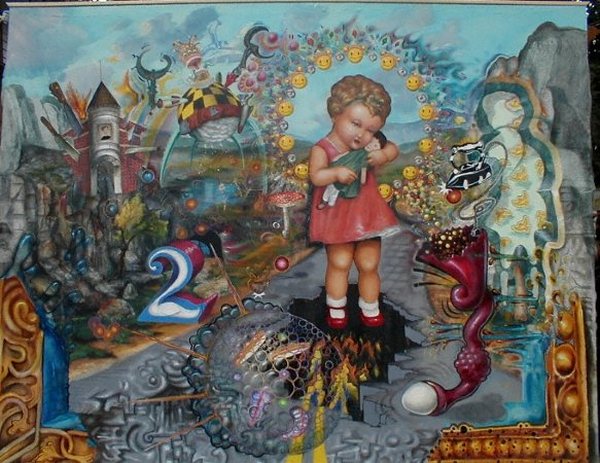 Mattthew's art begins each page of this issue.

Mattthew Skenandore is an innovative surrealist artist from the United States. His work encompasses a wide spectrum of mediums including paintings, sculpture, and multimedia. Known for his pervasive use of religious symbolism, Skenandore draws from his unusual childhood for creative motivation, and often gleans inspiration from his vivid dream-life. A great deal of Skenandore’s subject matter is prompted from visions he experiences in the first stage of NREM sleep, when dramatic, surreal images are conjured by the unconscious mind.

In 2008, Skenandore drew a series of sequential illustrations with brown ink on newsprint to create a “silent novel” that he titled Under Skies. The focus was a fantasy character getting acquainted with a recently deciminated landscape, persevering until he discovers a small bit of living flora that leads to a return of life.